So while this isn’t a ‘bar’ per say, I still feel that this place absolutely deserves as much recognition as possible. Nestled right across the street from me at 3517 Lancaster Ave, Philadelphia PA is Mad Greek’s. A huge majority of my beer for my beer reviews comes directly from the fridges of Mad Greek’s. 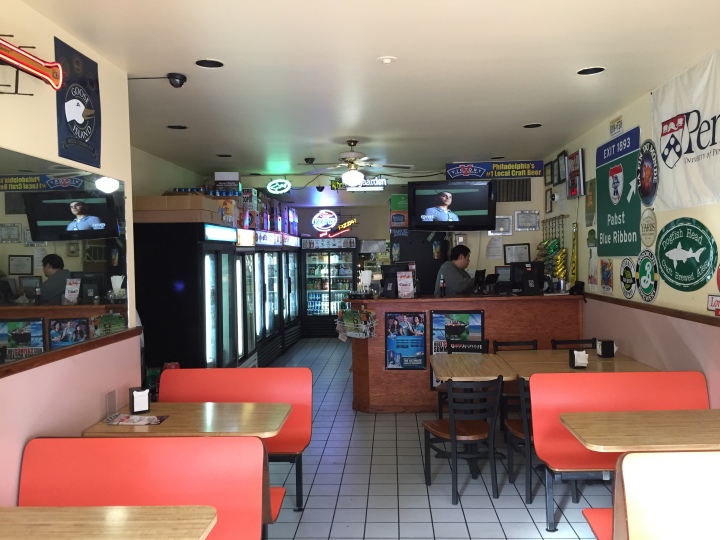 Inside the front door you find what comes off as a rather unassuming pizza joint with the wall adorned with beer memorabilia, Philadelphia sports symbols, collegiate pennants, and awards for their food. Mad Greek’s doesn’t boast, they aren’t in the business of being flashy, and they don’t go for gimmicks. What Mad Greek’s is all about is friendly service, beer knowledge, welcoming atmosphere, and pizza with the best cheese flavor around! 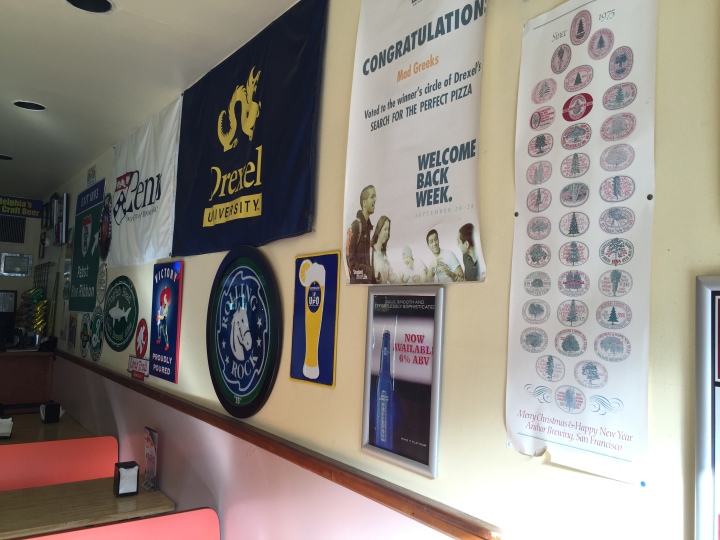 At the helm, you’ll find a man named James. James is not only your liaison behind counter, but also your resident beer guru. Have a chat with him, tell him what kind of beer you like and what you are looking for, and he will show you a plethora of options. What sets James and Mad Greek’s apart is the knowledge: the fridges aren’t just stocked with what’s popular or what’s cheapest (although if you are looking for a half case of Bud Light, you can find that there), James has a great knowledge of his inventory, and he cares about customer satisfaction and enjoyment of the product. 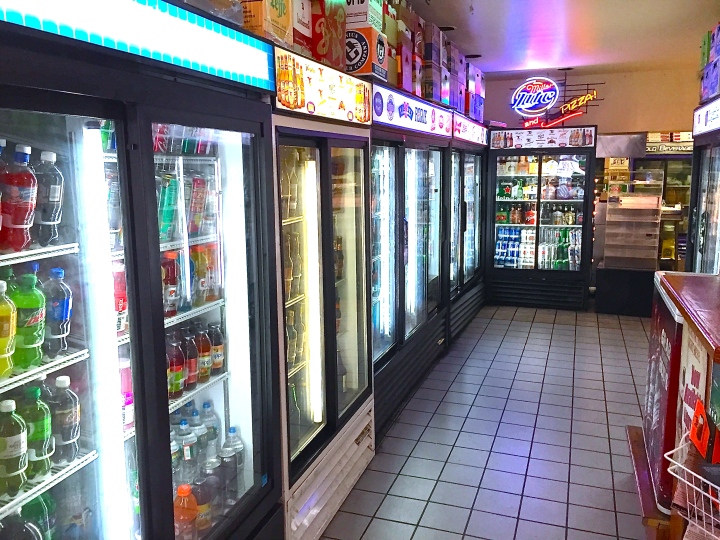 So, now the part you’re interested in: The Beer. Like I stated earlier, if you want some Yuengling, or Bud Light Lime, you can find that at Mad Greek’s. However, if you are looking to make your own six-pack with craft beers of all shapes and sizes; welcome to the candy store. Yards, Victory, Brooklyn, Great Lakes, Flying Fish, Dogfishhead, Magic Hat, and SO much more! You will never find yourself short of options in those fridges. In addition to making your own 6 packs, there is also a wide variety of bomber bottles (if you prefer a larger portion), and rare/ hard to find beers (just the other week I was able to get White Monkey!). 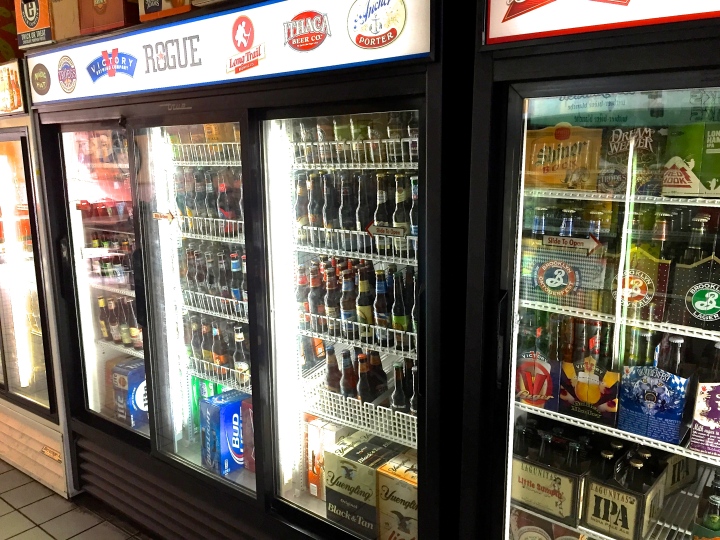 If you are ever in the Philadelphia area, come to University City, near Drexel and Penn and go to Mad Greek’s! Come in for the Pizza (seriously, the cheese is awesome – not to mention the rest of the menu is SOLID), and stay for the hospitality and the beer Mecca of Lancaster Ave!

Thanks again to James for letting me come in and take photos, and for treating me with nothing but respect!